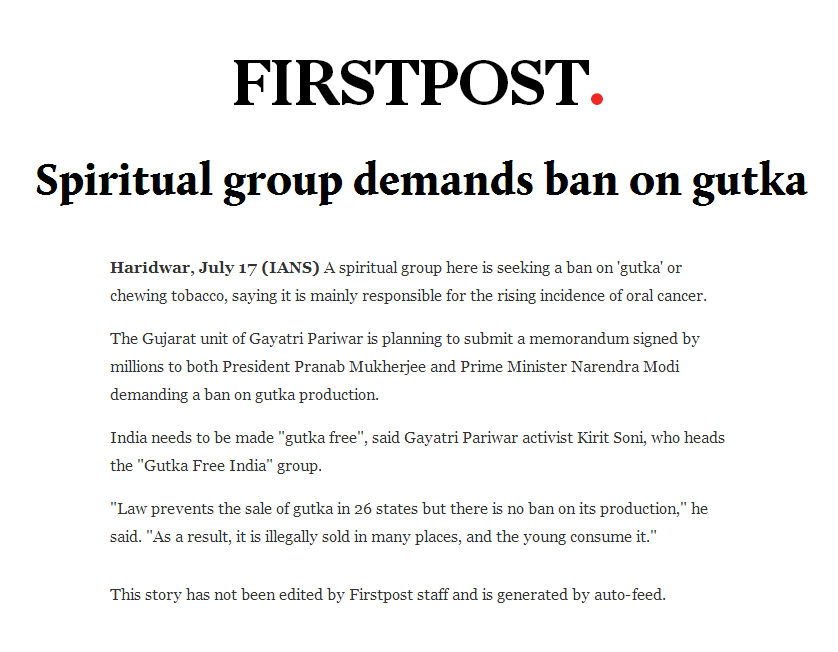 Haridwar, July 17 (IANS) A spiritual group here is seeking a ban on ‘gutka’ or chewing tobacco, saying it is mainly responsible for the rising incidence of oral cancer.
The Gujarat unit of Gayatri Pariwar is planning to submit a memorandum signed by millions to both President Pranab Mukherjee and Prime Minister Narendra Modi demanding a ban on gutka production.
India needs to be made “gutka free”, said Gayatri Pariwar activist Kirit Soni, who heads the “Gutka Free India” group.

“Law prevents the sale of gutka in 26 states but there is no ban on its production,” he said. “As a result, it is illegally sold in many places, and the young consume it.”
This story has not been edited by Firstpost staff and is generated by auto-feed.